The Red-breasted Geese have arrived

The cold spell in mid-December resulted in a big number of waterfowl coming from the north to the Bulgarian Black Sea coastal lakes Durankulak and Shabla.

On December 17, 2016 teams of the Wildlife Conservation Society and Neophron Tours visited the lakes to monitor the waterfowl, especially the numbers of the Red-breasted Goose, which is one of the rarest and highly vulnerable species of birds wintering annually at the lakes.

During the study we established 2930 Red-breasted geese (about 95% of which at Durankulak Lake) and 630 White-fronted geese. We also observed 27 Graylag geese. All geese had spent the night roosting in the lakes. This is the first high number of Redbreasts for this winter.

We were also impressed by the large flocks of other wintering waterfowl in both lakes, and particularly in Durankulak, where we observed 11 300 Coots and 4300 birds of different species of ducks and grebes, including 2550 Common Pochards, 320 Red-crested Pochards, 120 Red-breasted Mergansers, 34 Smew, 390 Great Crested Grebes, 230 Black-necked Grebes and others. Among the waterfowl in the pond we found 7 White-headed ducks – an extremely rare duck, with alarmingly decreasing numbers worldwide. We also observed 850 Pygmy Cormorants, another endangered species. This is a record number of Pygmy Cormorant registered in Durankulak at this time of year. In the morning, along with the geese 28 Whooper Swans and two Tundra Swans flew off the lake and spent the day feeding in the cereal crops nearby. 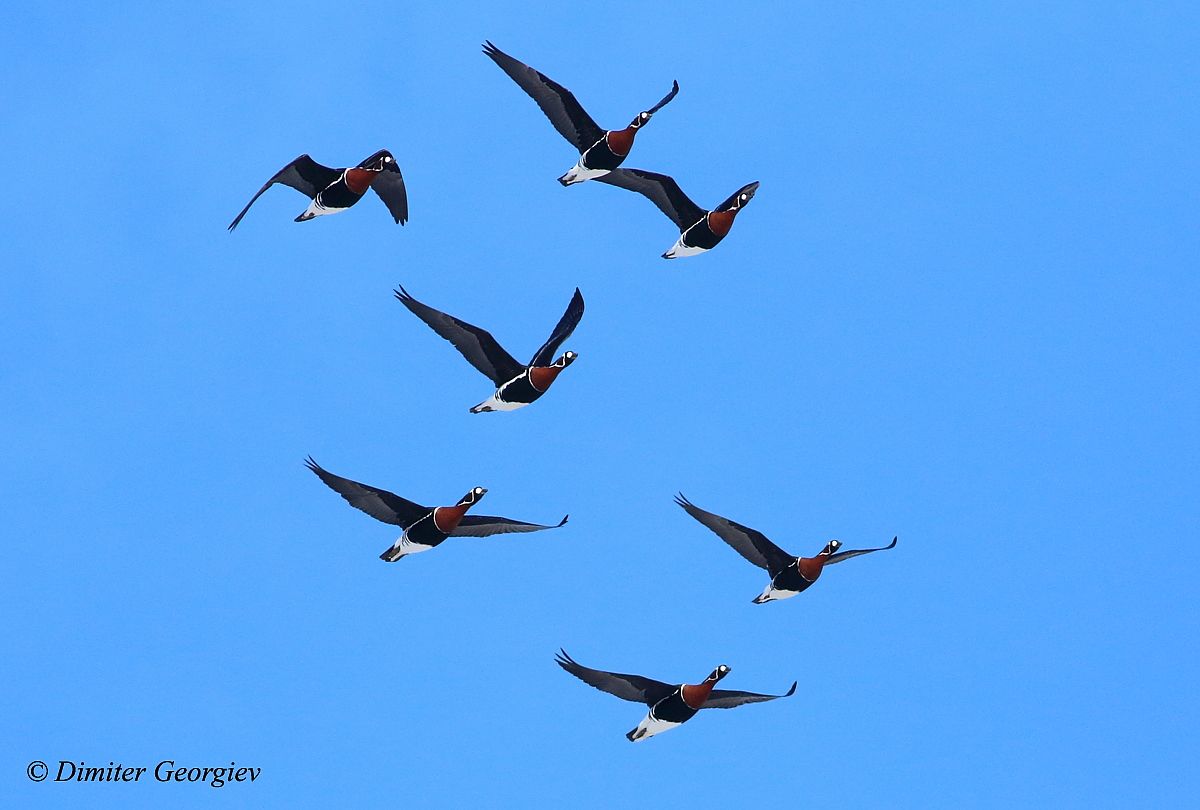 « Check-list of birds likely to be seen on a Woodpeckers, Owls and Grouse Tour
With the new year, the number of Red-breasted Geese has increased »